We would like to offer our sincere support to anyone coping with grief. Enter your email below for our complimentary daily grief messages. Messages run for up to one year and you can stop at any time. Your email will not be used for any other purpose.

Share a memory
Obituary & Services
Tribute Wall
Read more about the life story of Arlayne and share your memory.

She was born and raised on a farm near Archer, Nebraska. Arlayne graduated from Central City High School in 1947. She attended Nebraska Wesleyan University in Lincoln, Nebraska, where she studied music, sang in the girl’s Glee Club and the Chapel Choir, and was a member of the Alpha Gamma Delta Sorority.

On May 31, 1952, Arlayne married Harold Richard Bonness and moved to Borger, Texas where Harold worked as an engineer with Phillips Petroleum. After a few years, the couple and their first child moved to Bellevue, Nebraska, where Harold was employed as an Electrical Engineer with Allied Chemical. Arlayne later taught choir at Papillion High School.  In 1974, she earned her master’s degree in counseling from the University of Nebraska at Omaha. After completing her degree, she worked as a Guidance Counselor at Bellevue Senior High School until she retired. Both Harold and Arlayne were active in the First United Presbyterian Church in Bellevue. They had four children.

Arlayne was a ‘doer’ and had a hard time sitting still. She valued “order” including tidiness and cleanliness. She was an excellent homemaker, cook and seamstress. She created beauty through her garden and the flowers and vegetables she tended; the food she cooked; the art and home furnishings she collected; the clothes she sewed for her children; and the music she played and sang as an accomplished pianist and choral singer. She brought order to her home and work, always doing “first things first.” She instilled discipline in her children, students, and others. Arlayne enjoyed traveling. She especially found joy in spending time with her four children, eleven grandchildren and seven great-grandchildren. She was dearly loved by her family, and they are thankful for God’s care through her.

A private family service will be held at a future date. In lieu of flowers, memorial donations can be made in Arlayne’s name to the Multiple sclerosis (MS) Society of America or the Omaha chapter of the Juvenile Diabetes Research Foundation (JDRF). The family can be reached at whales5661@gmail.com.

To send flowers to the family or plant a tree in memory of Arlayne Bonness, please visit our floral store. 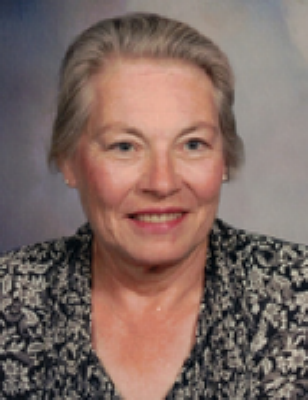 In Loving Memory Of

Look inside to read what others
have shared
Family and friends are coming together online to create a special keepsake. Every memory left on the online obituary will be automatically included in the book.

In Loving Memory Of

Look inside to read what others have shared

Family and friends are coming together online to create a special keepsake. Every memory left on the online obituary will be automatically included in the book.

You can still show your support by sending flowers directly to the family, or by planting a memorial tree in the memory of Arlayne Bonness
SHARE OBITUARY
© 2023 Assurance Cremation Society. All Rights Reserved. Funeral Home website by CFS & TA | Terms of Use | Privacy Policy | Accessibility